Not being cliché on your graduation day is like trying to avoid that Krispy Kreme kiosk while waiting for your flight—it is just impossible. This is mainly because of the nature of the day itself, the meaning if the day itself. Some say that graduation is like closing an old book of your life so that you can open a new one. That may well be true, but for most, they lean more on the opening part and leaving the old book unclosed. This is the reason why graduation parties are one of the most remembered days of our lives. We welcome the coming new chapters, yet hold strong to the past one—because the future is scary but at the same time, it gives us courage. 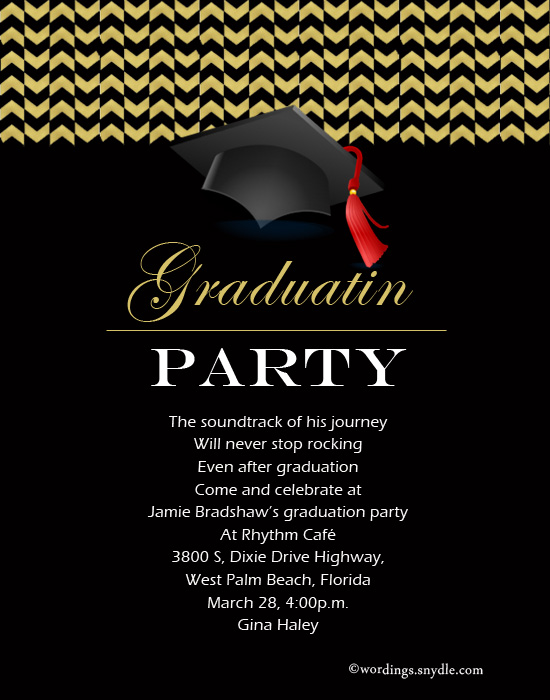 His adventures (and misadventures)
Begins anew
With more challenges, defeats and triumphs
But before all that, sit back
And remember the days that were
At Martin Seymour’s graduation party
At the Pico De Gallo Restaurant
111 South Leona Street, San Antonio , Texas
March 15, 5:00p.m.
Colby Cash 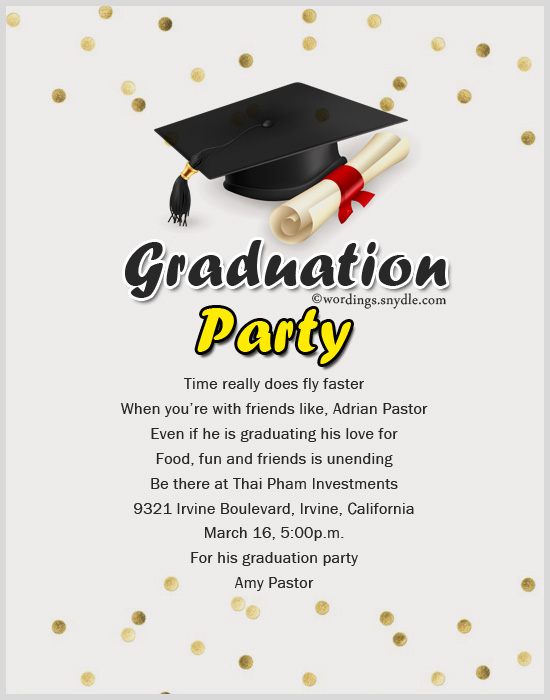 Time really does fly faster
When you’re with friends like
Adrian Pastor
Even if he is graduating his love for
Food, fun and friends is unending
Be there at Thai Pham Investments
9321 Irvine Boulevard, Irvine, California
March 16, 5:00p.m.
For his graduation party
Amy Pastor

It’s full steam ahead for the future
But before that
Let’s sit back, relax and eat like crazy
With Stan Summers
As he recollects his academic life
At his graduation party
At Rory Dolari’s Restaurant and Bar
March 17, 5:00p.m.
Hope Sawyer 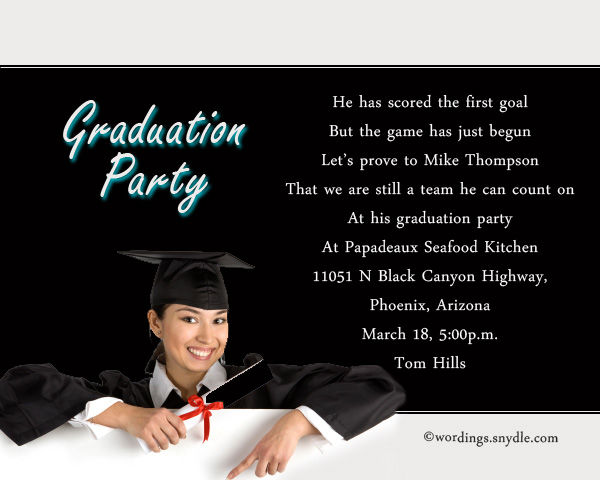 He has scored the first goal
But the game has just begun
Let’s prove to Mike Thompson
That we are still a team he can count on
At his graduation party
At Papadeaux Seafood Kitchen
11051 N Black Canyon Highway, Phoenix, Arizona
March 18, 5:00p.m.
Tom Hills

We all know that Carrie Kelly
Cries easily
Especially if it’s a goodbye scene
But on her graduation party
Let’s make her laugh with all the good things
We’ve accomplished with her
Grab a seat at Red’s Savoy Pizza
421 7th Street, E Saint Paul, Minnesota
March 19, 5:00p.m.
Nick Woodland 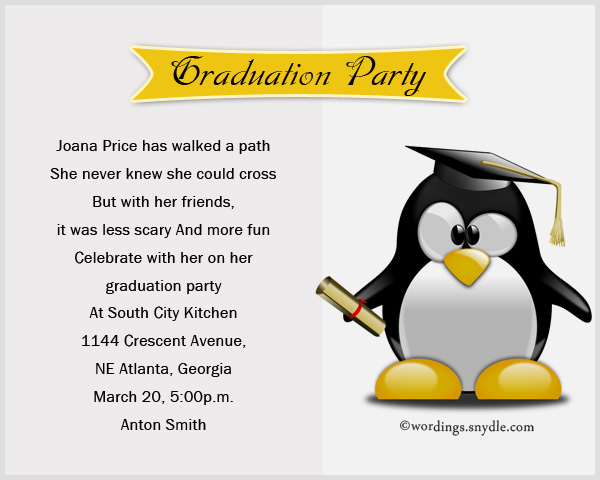 Joana Price has walked a path
She never knew she could cross
But with her friends, it was less scary
And more fun
Celebrate with her on her graduation party
At South City Kitchen
1144 Crescent Avenue, NE Atlanta, Georgia
March 20, 5:00p.m.
Anton Smith

Hard work can beat talent
This is what Shane Peppers has proven all year
But this is partly because you were there
To push her forward and believing
She wants to express her gratitude
With a grand graduation party
At Dogwood Hill Golf Course
1193, Debord Road, Chillicothe, Ohio
March 21, 5:00p.m.
Willian Peppers 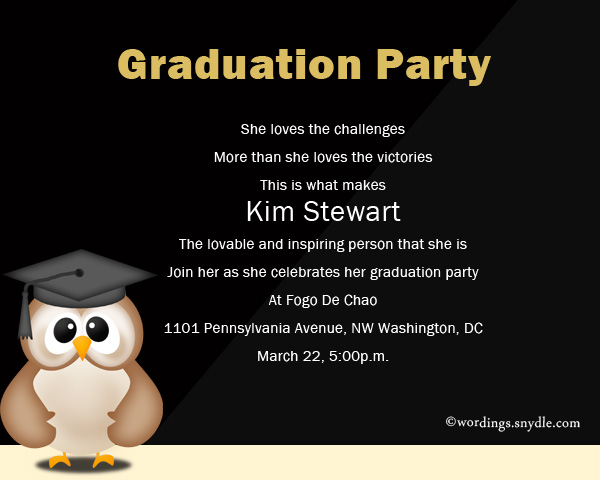 She loves the challenges
More than she loves the victories
This is what makes Kim Stewart
The lovable and inspiring person that she is
Join her as she celebrates her graduation party
At Fogo De Chao
1101 Pennsylvania Avenue, NW Washington, DC
March 22, 5:00p.m.

God has already given Samantha Walker
All the skills she needed
Graduate with high honors
And all the good friends she will need
To make it happen
Be there as she says words of thanks
At Jake’s Famous Crawfish
401 SW 12th Avenue, Portland Oregon
March 23, 5:00p.m.
Jim Walker